Canon has announced the release of a Pro version of the EOS Webcam Utility software that allows its cameras to be used as webcams, but these updates will only be available if users are willing to pay a subscription fee.

The original EOS Webcam Utility was released in late 2020 for macOS and Windows and launched with support for 43 EOS and PowerShot cameras and 14 video conferencing services, which was considerably more than some competitors. Prior to this date, the software existed only in beta version and had limited support.

Canon positions these updates as “unlocked” by subscription which costs $5 per month or $50 per year. These new features include the ability to connect multiple cameras, connect wirelessly, and provide what the company calls “better camera and content control.” It also enables high resolution upscaling in Full HD mode, maximum frame rate up to 60 fps and the ability to output to multiple channels simultaneously.

“For vloggers, gamers, news anchors, food influencers, and the many others who rely on video, having multiple camera setups (like front, side, and top-down angles) can be key to delivering more details to the viewer. For live streamers, operating multiple channels at the same time can help them reach larger audiences on YouTube, Facebook Live, and other key social and streaming channels,” the company says. . 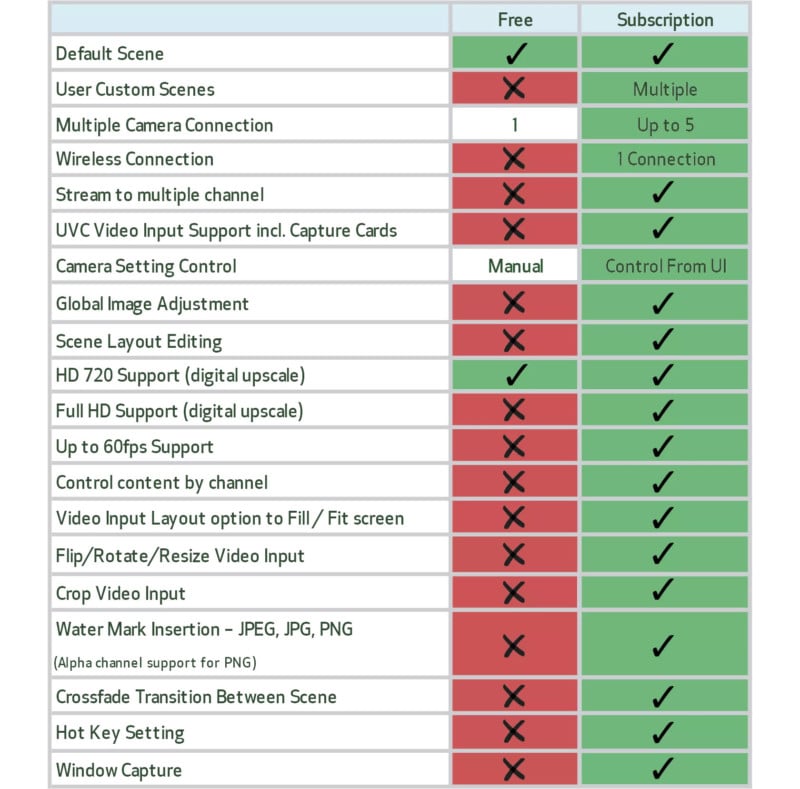