CHANGE is a foothold in Brooklyn after the Nets part ways with coach Steve Nash.

With Kevin Durant and Kyrie Irving both of whom tried to find a way out of the organization over the summer – Durant via trade, per NetsDailyand Irving a sign-and-exchange, by Athleticism – the latest Nets star to be apparently caught staring at the exit sign is Cam Thomas.

The former second-year first-round pick has started just two games in two years and has only made three appearances this season for a total of fifteen minutes.

Now, after Nash left, Thomas, 21, has hinted at his desire to leave briefly changing her Instagram bio to read “#FreeCT [chain emojis]”

By Wednesday afternoon, Thomas had changed his biography to a simple joker card emoji.

Having played just 49 seconds in the last four games, it’s not hard to imagine that could be the driving force behind his apparent desire to leave. 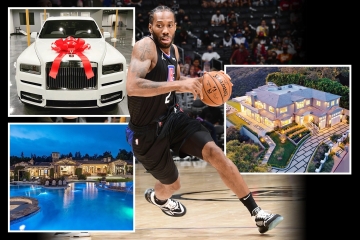 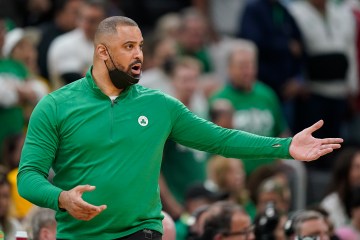 When given significant game time in their season-opening loss to the New Orleans Pelicans, Thomas made one of four field goal attempts, missed his only three-point attempt and recorded one assist and zero rebounds in just under thirteen minutes.

The coach told them: “We called about him last year, I think almost everyone called him at the trade deadline last year if you were looking for young players.

“He wasn’t going to play if they were going to make a run in the final if they had everyone. So we wanted to drop a veteran and pick him up. That didn’t happen.”

“He plays with good pace and he has a knack for scoring the ball. A pure goalscorer. But they didn’t move him last year, they made that pretty clear.”

Maybe the Nets will be more willing to take a seat at the NBA negotiating table now, unless NasThomas’ replacement sees a bigger role moving forward.